People kept returning to The Entrance and it became apparent around 1920, that there was a need to subdivide some of the land in the township.

In March 1920, 200 allotments were sold at the first public auction and it wasn’t long before self contained “weekenders” and “holiday cottages” were springing up in rapid succession. The selling prices ranged between 60 and 80 pounds with choice blocks going for 200 pounds.

Holiday makers were still making their way to The Entrance and the need for boarding type accommodation continued to be sought after. After the first subdivision there were approximately 15 guesthouses operating.

Of all the guesthouses built by the Taylor family, “Lakeside” was billed as the most modern and up to date where the visitors enjoyed the “comforts of a refined home”. It was built in 1923 by Rene Johnson, who was the daughter of Mr R.B. Taylor. The popularity of “Lakeside” was further enhanced by the warm reception given by Mrs Johnson herself who had gained the esteemed respect of her guests.

Bowenfels Guest House was built in North Entrance in 1923. This was made possible following a subdivision in that area. This guesthouse later became the districts first hospital in 1942.

Early tourism magazines indicate that during this boom time, competition was fierce but friendly and all guesthouses were enjoying the benefits of high occupancy.

During the holiday season, The Entrance became a “tent city” as the guesthouses were experiencing difficulty in coping with the increased demand foe accommodation. The Taylor’s, in their wisdom, created a large camping ground on the foreshores of the lake to compensate for the overflow of eager holidaymakers. 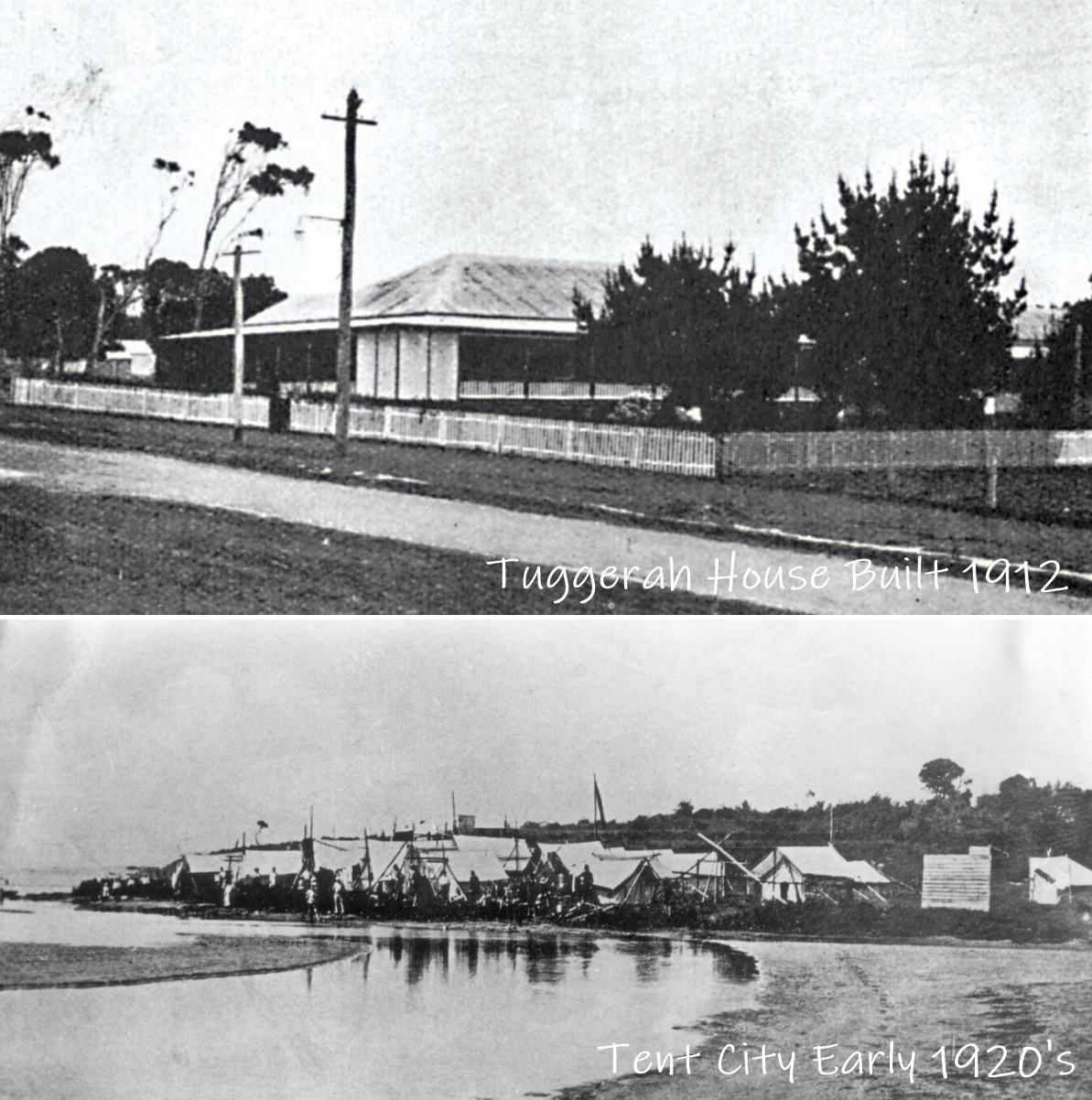