In 1934 a major boost to tourism emerged in the form of a road traffic bridge which was constructed across the lake joining The Entrance with North Entrance. After that a fleet of buses replaced the Taylor Ferry Service. The cost was 3015 pounds.

The bridge was constructed of timber, was one lane in width with bypass bays allowing traffic coming from the opposite direction to pass. At various intervals, covering the entire length of the bridge, were pedestrian safety bays which allowed people to enter before oncoming traffic approached them.

The bridge was the subject of many pranks, including New Years Eve revelers, who repeatedly attempted to destroy sections of it by fire. These attempts were in vain, as the bridge remained in it’s original state until it was demolished in 1969 when the current bridge was officially opened on April 18 of that year. 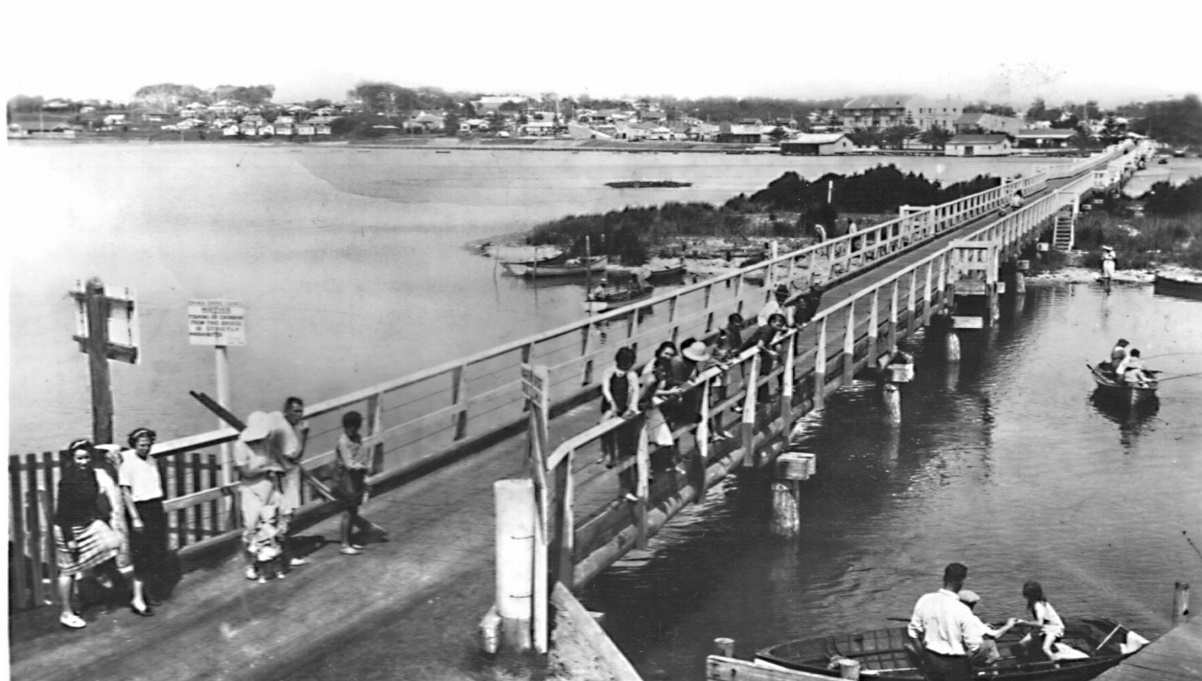