The development of The Entrance and other holiday areas around the turn of the century was enhanced by the operation of efficient ferry and bus services which provided the necessary transport to and from the railway stations.

All these factors produced a solid basis for the emergence of tourism.

The vehicular road to Wyong was opened in 1922, and a few years later a bus service began from Wyong to The Entrance. This provided a cheaper and quicker service for patrons.

The Entrance proceeds into the future

By now accommodation was in huge demand and almost every house built in The Entrance was given a name. Many of these were available for holiday rentals.

This practice was quite unique, as it allowed people who rented holiday cottages, the chance to identify the property where they stayed.

As most visitors to the area travelled on public transport, they would arrive at the railway station and look for a bus to The Entrance.

The bus drivers were fully conversant with the holiday cottages, their names and locations.

To make the service even more efficient, each driver was equipped with a directory naming all cottages, so the visitors could be dropped off at their holiday cottage. 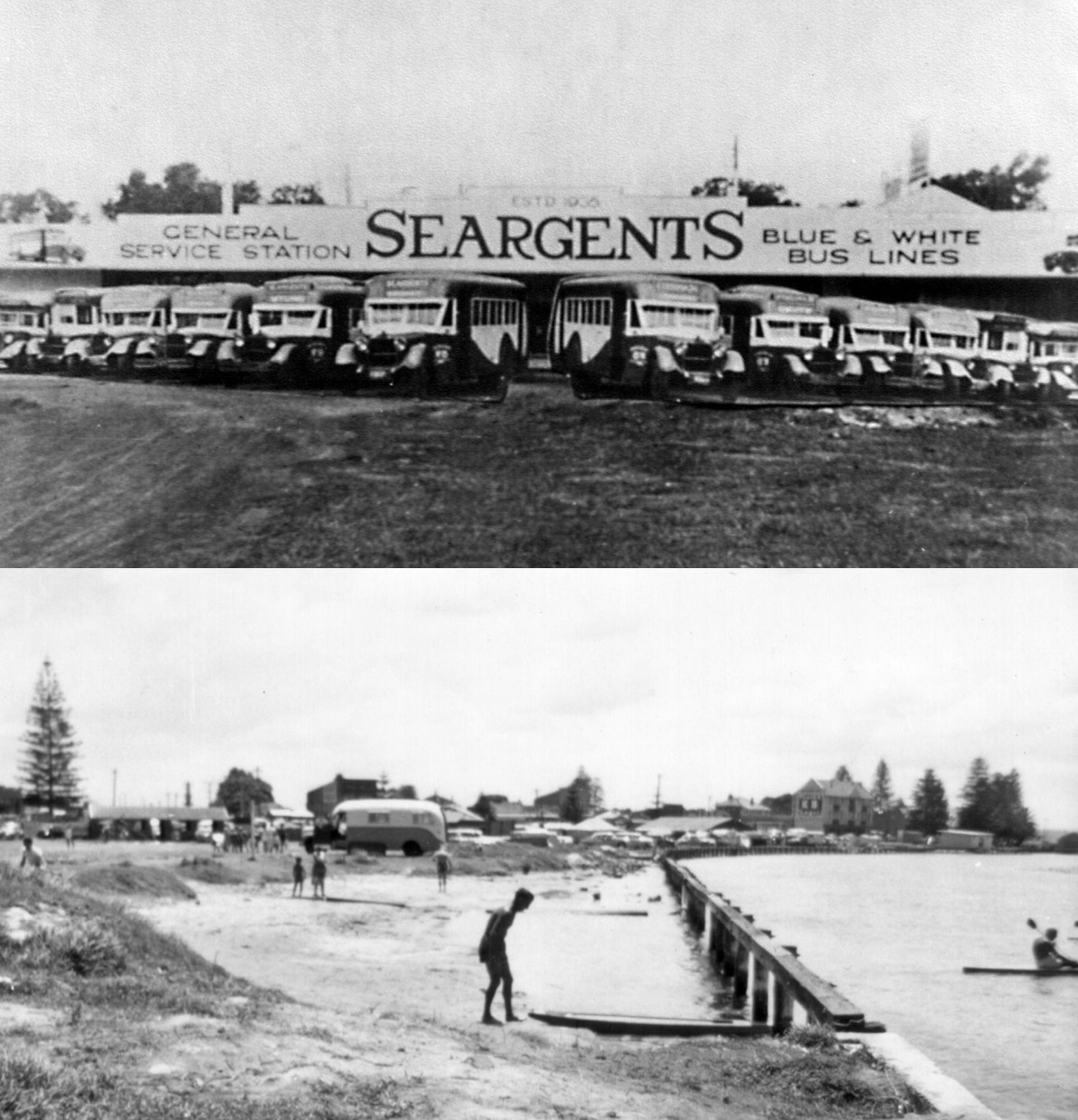