The first Governor of Tasmania, Captain Davis Collins, who arrived on the First fleet reported in 1796:

“The people of a fishing boat which had been cast on shore in bad weather near Port Stephens, met with some local people (i.e. the natives). They, without entreaty, or any hope of reward, readily put them into the path from thence to Broken Bay. They conducted them the best part of the way. During the course of their journey, these friendly people made them understand that they had seen a white woman among some natives to the northward”.

It was the search for an escaped convict woman, Mary Morgan, (often called Molly Morgan) who was said to be living with the Aborigines to the North of the Hawkesbury River, that led to the discovery of the Tuggerah Lakes.

David collins in “An Account of the English Colony in New South Wales”, April 1797 tells the story:

Some reports being again circulated, respecting the situation of Mary Morgan, the woman said to be among the natives to the Northward of Broken Bay. A boat with some people who volunteered their service, was sent to the North part of that harbour where it was said she had been lately seen with some of her native friends.

The people were directed, if possible to bring her away, unless she preferred the life that she now led; upon which with more than three years experience of it would certainly enable her to decide. They were absent 10 days and returned without success, not even having heard anything of her.

They went into the North arm of Broken Bay and travelled to the Northward as far as Cape Three Points; between which and the North head of Broken Bay, is a lagoon within the sea beach of about 20 miles in length, parallel with the sea coast”

The “lagoon” as it was described, could not possibly have been any other body of water than what is now known as Tuggerah Lakes. 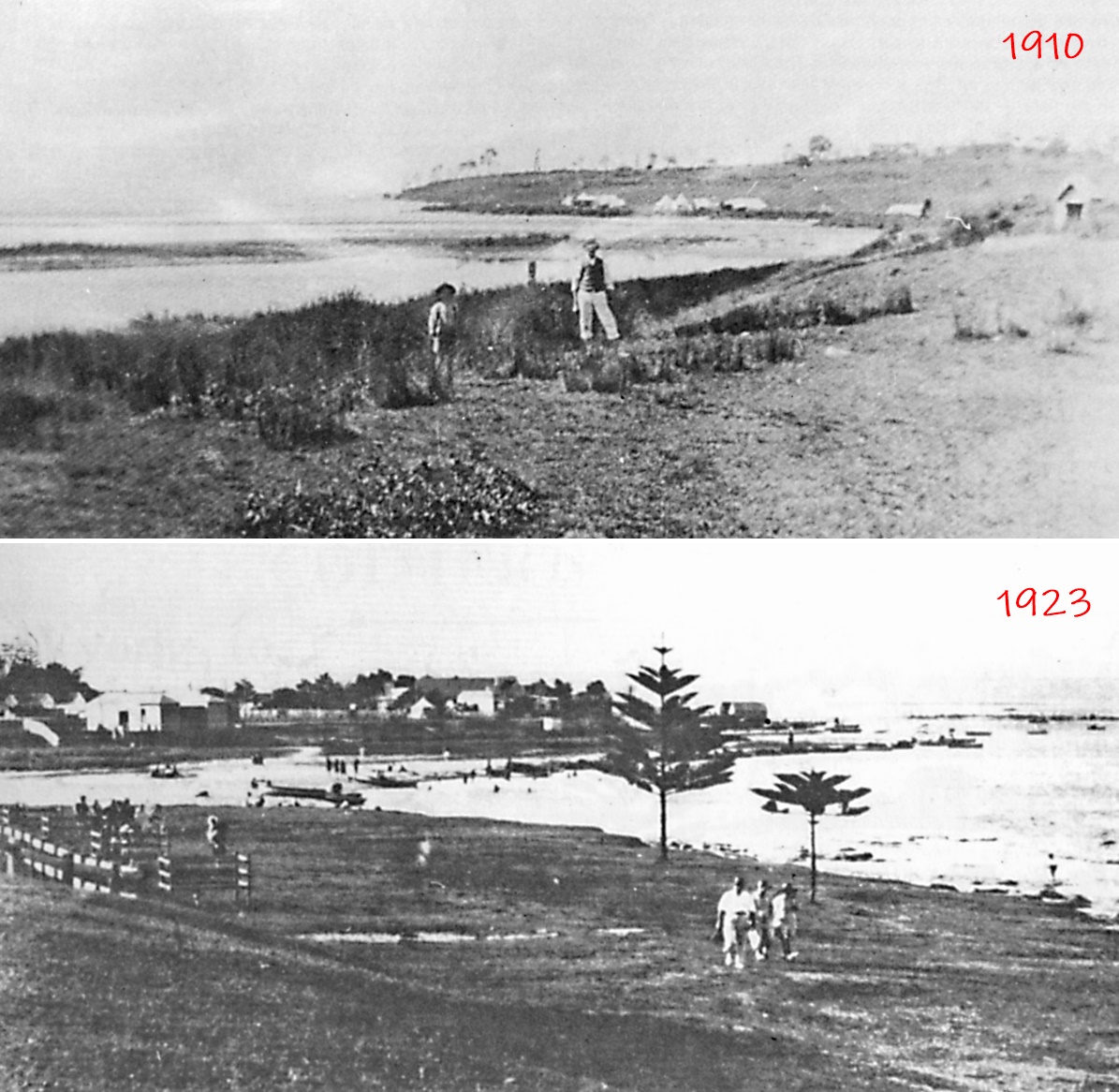