The Entrance Hotel was possibly first planned in 1925. The building was started and finished in 1927. The contractor for the building was C. Hayter and Co. The main sub contractors were the Smith Brothers of The Entrance. Mr L.G. Smith (George) was the foreman.

On completion of the building , Mr George Smith handed over the keys to Mr White, the publican on behalf of Mr Hayter, who was unable to attend. The hotel was built for Tooth and Company. The keys were officially handed over on December 16, 1927 and the hotel was opened for business by Christmas of that year.

In 1920, the “Winter Garden” theatre was built on the side next to The Entrance Hotel. It was used as a general purpose hall and was also the first public hall. There was a cafe adjacent to the theatre. This building was destroyed in 1934, the same year the Prince Edward Theatre, now The Entrance Cinema was opened.

Tooths and Company saw fit to build a modern hotel (The Lakes) in The Entrance in 1941. This was an interesting decision as there was already a very successful hotel operating in town.

It was during the height of World War 2 and building activity was depleted. It was a major project to take place in such a small town.

Obviously Tooth and Company could see that The Entrance was quickly becoming a dominant tourist destination. 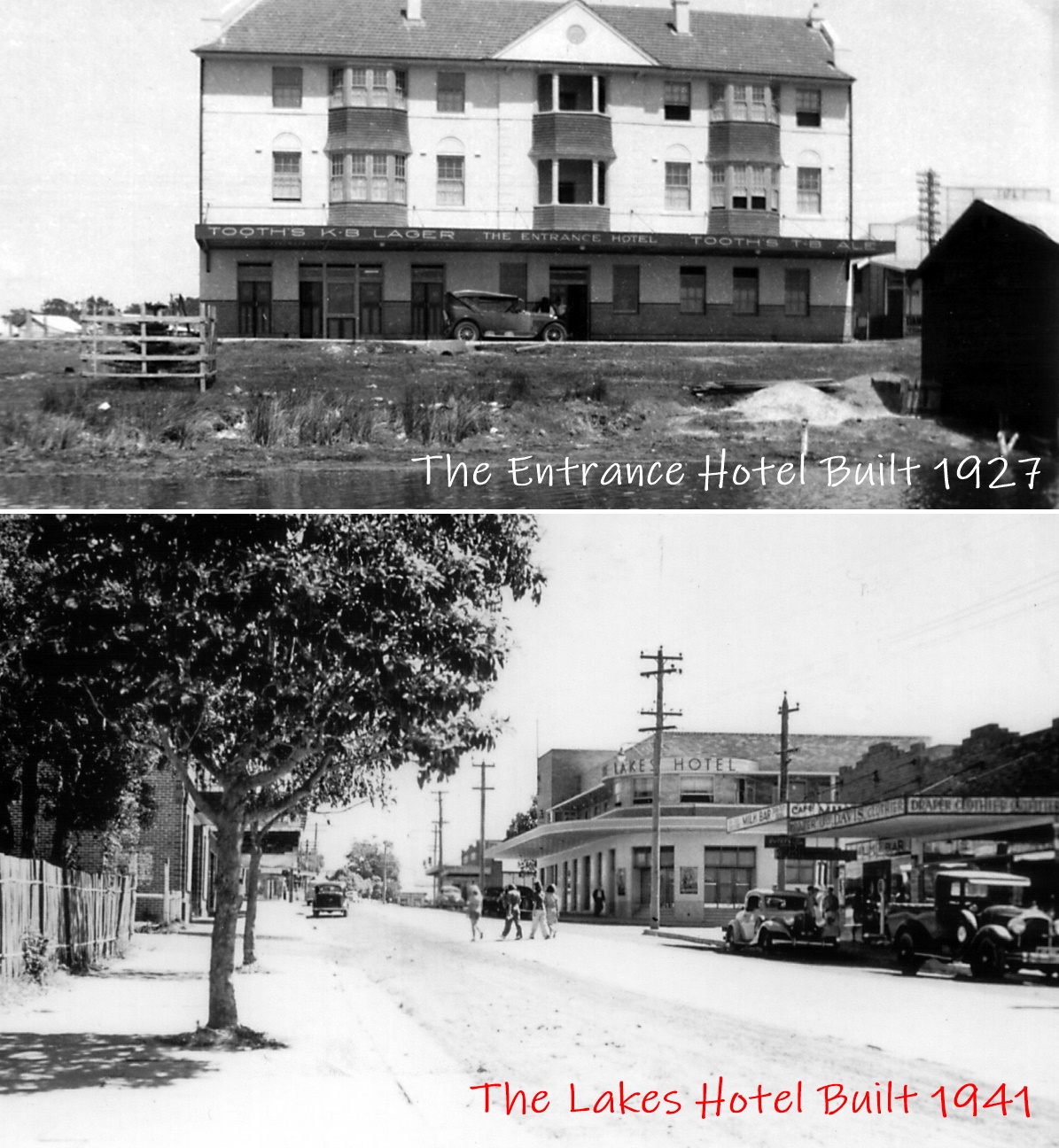