In 1994, Wyong Council in consultation with a team of landscape architects and urban planners from Sydney, banded together and came up with a design for the area. If approved by Council, the plan, would see The Entrance emerge as one of the prettiest seaside towns on the East coast of Australia.

The Pelican Plaza, the site of the daily pelican feeding, was completed in 1995, as was the boardwalk which stretches from the Memorial Park along the foreshores of the channel area up to The Entrance Surf Club. Both were hailed as outstanding successes.

In March 1996, immediately following the hectic Easter season, the trucks rolled in and work began.

The main street from Dening Street to Marine Parade was closed off for a time to allow this work to be completed as quickly as possible. During this time the unusual rains came and upset the tight schedule. Construction teams worked day and night to make up for lost time.

By May, concreting works were carried out in preparation for the granite based tiles which set the pace with the town decor.

The town was slowly starting to take place and in June, samples of the outdoor furniture were on display.

A maritime theme was used throughout the town and the addition of Vera’s Water Garden, a children’s playground, outdoor cafes and an events area added lustre.

As part of the upgrade of the overall landscaping, 7 metre high Phoenix Palms were installed at major entry and crossing points along Main Street.

There is no doubt that during the construction time, the town businesses were hurt badly. However, everyone was looking forward to a far more prosperous future. They knew that the peak holiday period at Christmas would attract thousands of people and once the word got around, they would keep coming back.

The development reflects the unique physical character of the town’s location at the lake entrance and adjoining coastal environment.

In 1996 The Entrance Town Centre underwent a major facelift. The results are impressive and the revitalised town is already attracting more visitors to the area.

The major project began after many, many months of controversy and planning. Everyone was well aware that something drastic needed to be done to lift the tired image that the town projected.

The job was enormous but the results speak for themselves. 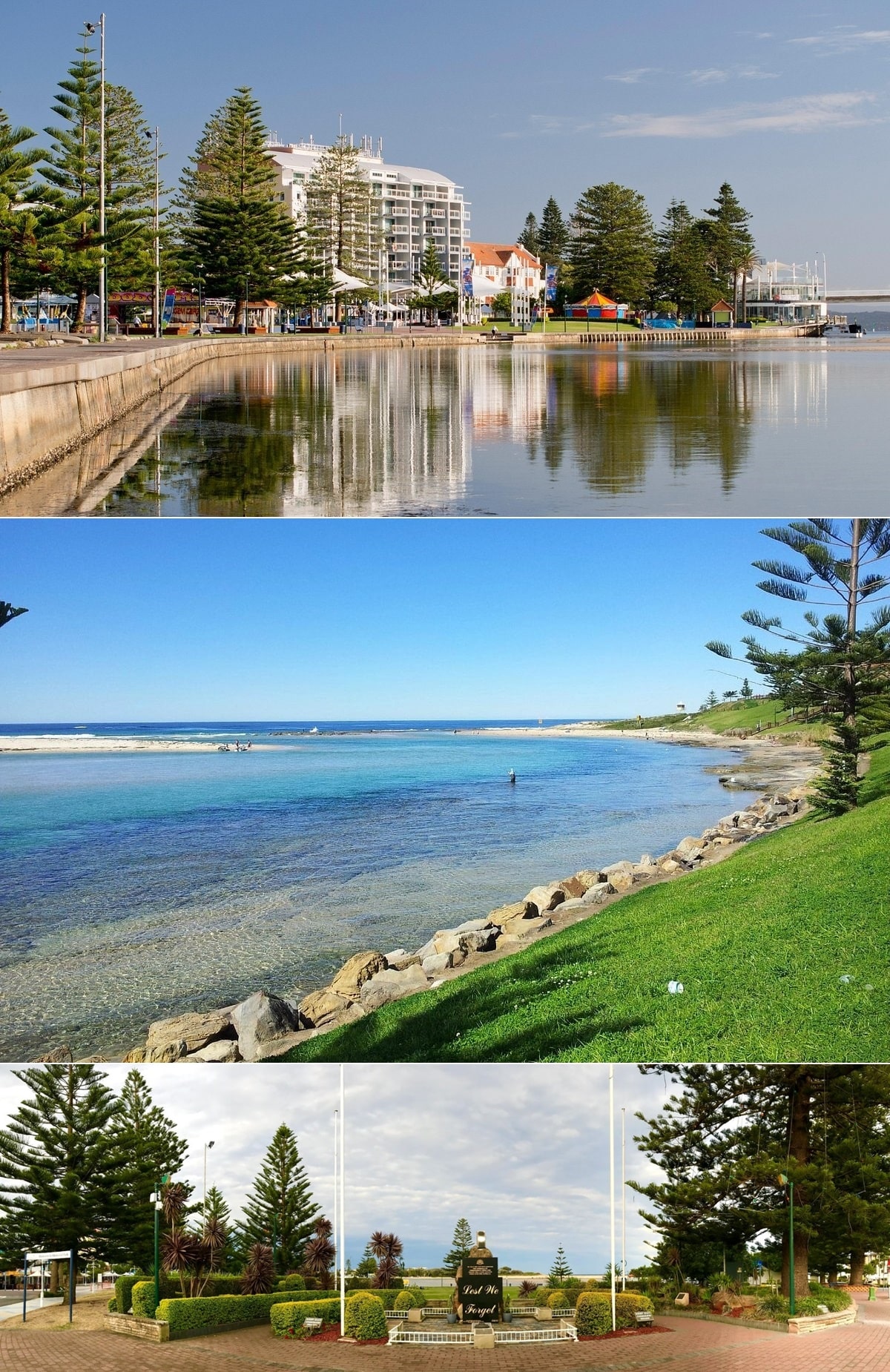